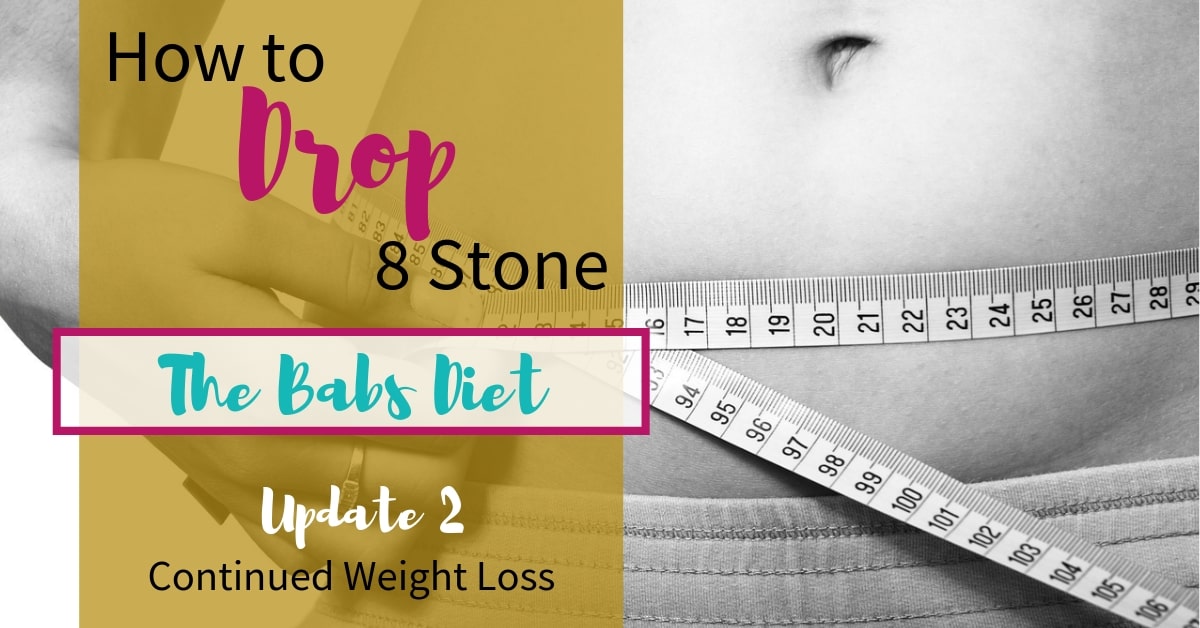 My mother, Babs, has been battling the bulge for as long as I can remember. She began her new diet plan in October 2018 when she weighed 1lb under 18 stone, the heaviest she’s ever been. She would LOVE to get down to 10 stone 7lb – that’s her dream target. How to drop almost 8 stone? This is the Babs diet: continued weight loss.

Welcome to the second update, 7 weeks into the plan. Since she started she has lost 1 stone, 4 lbs – in less then 2 months! Want to know how it started and what the plan looks like? You’ll find it here. You can also find the first update here.

How Clothes Can Help You Lose Weight

When we’re trying to lose weight, our clothing can become an important way to measure our progress. If, like Babs, your weight has yo-yo’d over the years with on and off diets, you’ll have clothes of all shapes and sizes in your wardrobes. When we’re not dieting and our weight goes up – or our diets aren’t working – it’s depressing to realise that we no longer fit into our clothes.

But the adverse is also true. The joy of putting on something we always used to wear, only to find that it’s too big, is one of the best, most heart-warming feelings we can have when trying to lose weight. If we are on a diet that encourages slow and steady weight loss, rather than a crash diet, this is a gradual process. Every time we put on a particular garment, we’re reassured when it feels just a little looser and baggier than before.

I decided that we would use some of her favourite clothing that she still couldn’t get into to help motivate her with the weight loss – to use it as a target to get down to.

Babs’ weight has gone up and down a lot over the years. As well as eating too much, Babs has a tendency to buy too much and hoard everything. Consequently, she has kept all of her clothes – whether she can get into them or not. Whats more, at least 50% of all that stuff still has the price tags on them, since she’d never even worn them when she bought them.

A total overhaul of Babs’ bedroom and attic was needed. When we started in October 2018, I could barely see the floor in her bedroom for all the ‘stuff’.

There were piles of clothes on every surface and hanging from all the wardrobe doors. The floor was covered by bags of yet more clothes on the floor, as well as boxes of makeup, shoes, boots and handbags.

We began by sorting all the clothes into piles according to their size. Her clothing ranges from size 24 (her size when I began to help her diet in October 2018) down to size 14.

Whilst we were sorting by size, I had Babs create a separate pile for clothes she wasn’t going to keep. If you’re a hoarder too, you’ll know how hard this was for her! However, I’m pretty persistent and kept reminding her that the bedroom was going to be a much more enjoyable and useable space if she got rid of stuff so she could actually walk around the bed and open the wardrobe doors.

Plus, given that she’s had a lot of this stuff for years, she herself recognised that some pieces just weren’t her style anymore. Yay! More stuff for the ‘OUT’ box.

We ended up with a pile to keep for each of the sizes, plus a pretty big collection of items to donate. We bagged up the donation clothes and had to make several trips to the charity shop with the many bags. That just left the massive mountains of clothes sorted by size that Babs wanted to keep.

Her size at the time was 24, so we put all the size 24 items in her wardrobes. Given that we had sorted through all the clothing and removed unwanted items and the other sizes, there was now an entire empty wardrobe! She was delighted, since previously they were so jam packed it was impossible to see what was in there, or to find any particular garment.

We bagged up each of the other sizes and labelled each bag. I wanted her to be super motivated to get down to size 22 so we put some of her favourite size 22 pieces in the spare wardrobe. That way, she would have a constant reminder of what was to come. Plus, since this was to be a sure and steady weight loss, she was going to be able to get into some garments sooner than others as her weight loss allowed her to transition from a size 24 to 22.

The bags of smaller sizes were neatly stored up in the attic, ready and waiting for the time to be brought down.

All of this work took us a couple of weeks, it was far too much to accomplish overnight. It was worth it though – Babs was not only overjoyed with shedding the pounds from her body, she was also loving having a comfortable, prettier bedroom. It was like the house was shedding the pounds too.

And now, at the time of this second update, she has started to fit into the size 22 clothes! Once again we bagged up items to take them to the charity shop – all the size 24 garments that are now too big for her. Plus we brought the rest of the size 22 down from the attic. She hasn’t been able to wear these garments for so long (or ever, for the new items still with the price tags) so it was like getting a whole new wardrobe.

It’s an important milestone, dropping a clothes size. It has the effect of spurring us on, and making us feel better about ourselves. Being overweight can leave us with very low self-esteem, it can be hard finding something to wear that makes us feel good.

But when we get back into that dress, or experience the joy of being able to wear something more flattering and fitted, it’s a fabulous feeling, isn’t it?

I said in the last update that the most important thing to control in the diet is portion size. Although Babs lost 3lbs since the last update 3 weeks ago – an average of 1lb per week – she didn’t in fact lose 1lb a week. In week 2 her weight WENT UP by 1lb. This was a disappointment for both of us, but what’s important is to look at WHY this happened and try to avoid it recurring.

This being good old Blighty, there are fish and chip shops everywhere. And Babs loves that stuff. In fact, before I started to help her with the diet, she would get a takeout from her favourite chippy every week. Of course, I put a stop to that straight away.

She had been consistently losing weight though, so one night I said she could have chips. What I didn’t do – but should have – was remind her about portion size. She ordered a massive portion and plated up herself. That takeout was so big that even with her plate piled high, there was still enough food leftover for the following day (which she ate).

So when Babs weighed herself at the end of the week, she was 1 lb heavier then the previous week. Thankfully though it was easy to see where the problem lay.

Not eating too much of something we find delicious is such a challenge, especially if that food is prohibited. I don’t think it’s practical to ban all fattening and unhealthy foods from our diets, but we do need to manage how much of it we eat if we want to keep losing weight.

Of course, Babs was disappointed with the week that her weight went up by 1lb, but this was key in showing her that if she doesn’t respect the portion size and amount of junk food she incorporates into her diet, she will not get the results she wants. The following week she buckled down and got back to the plan for a continued weight loss, resulting in her 2lb loss the following week.

To help reduce portion size and overeating, it’s important to change your plates – use smaller plates. It’s much harder to pile on too much food if the plate is little. Any portion looks big on a small plate.

Use smaller plates and bowls.

It’s also important to identify the reasons WHY you want to lose weight, and keep that motivating factor at the forefront of your eating decisions.

Babs is now no longer using a walking stick for support. She still gets tired though and complains of aching after the walks. We went for a couple of 30 minute walks, and a longer one of about an hour. Over the past 3 weeks we went to the weekly farmers markets, and did A LOT of organising and shifting things in the house.

Continued Success (with a minor hiccup)

It’s depressing to be surrounded by mountains of clothes that are too small. Decluttering and organising the clothing helped Babs’ motivation. So not only has SHE shed weight over the past few weeks, so has her cluttered house. Instead of having a bedroom full of stuff she either can’t get it to or can’t find amongst all the clutter, she now has wardrobes full of things she CAN wear.

Since the last weigh-in 3 weeks ago, Babs’ weight has gone down from 16 stone 12 to 16 stone 9, an average loss of 1lb per week. The first week saw a 1lb weight loss, but unfortunately the following week, she had gone UP by 1lb. In week 3 she caught up and lost 2lb, giving an overall loss of 3lbs over the 3 weeks since the last update.

she lost 3lbs in the last 3 weeks 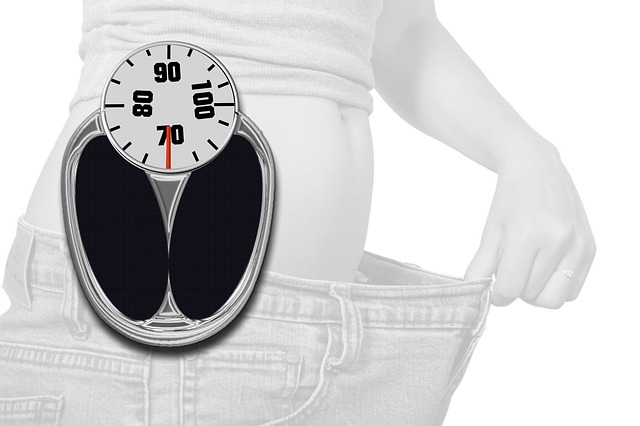 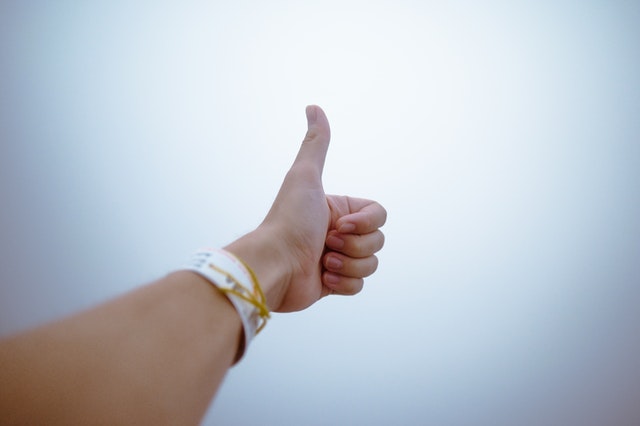 Weight: 16st 9
Clothes size: 22
Activity: a couple of 30 minute walks, and without a stick. Increased general activity (walking to the local shop instead of driving).

I’ll be posting an update in a couple of weeks about Babs’ continued weight loss and related lifestyle changes. Next time I’ll describe in more detail some aspects of the food she’s eating, including a couple of recipes, and how healthy eating will keep her motivated to keep losing weight on her epic Babs Diet journey. 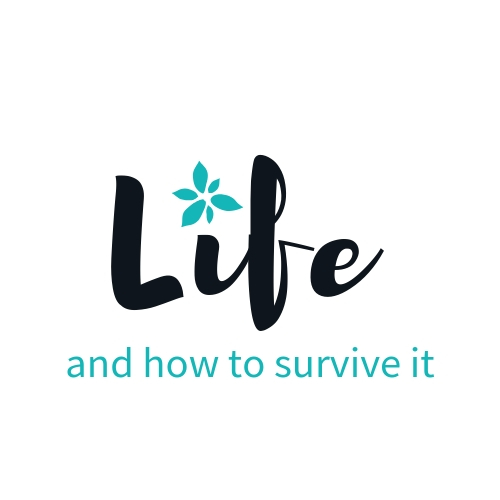